After three months of traveling, I met them in Mostar (Bosnia and Herzegovina). That morning, I was exploring the city on my own and I notice a guy leaning on the wall while using his phone. He looked familiar and I decided to say hello and asked if he’s the cyclist from Malaysia. After brief introduction, he invited me to the house for a drink but later decided that we should go out instead. They told their stories during lunch, places they went, people they met and I became interested in the idea. 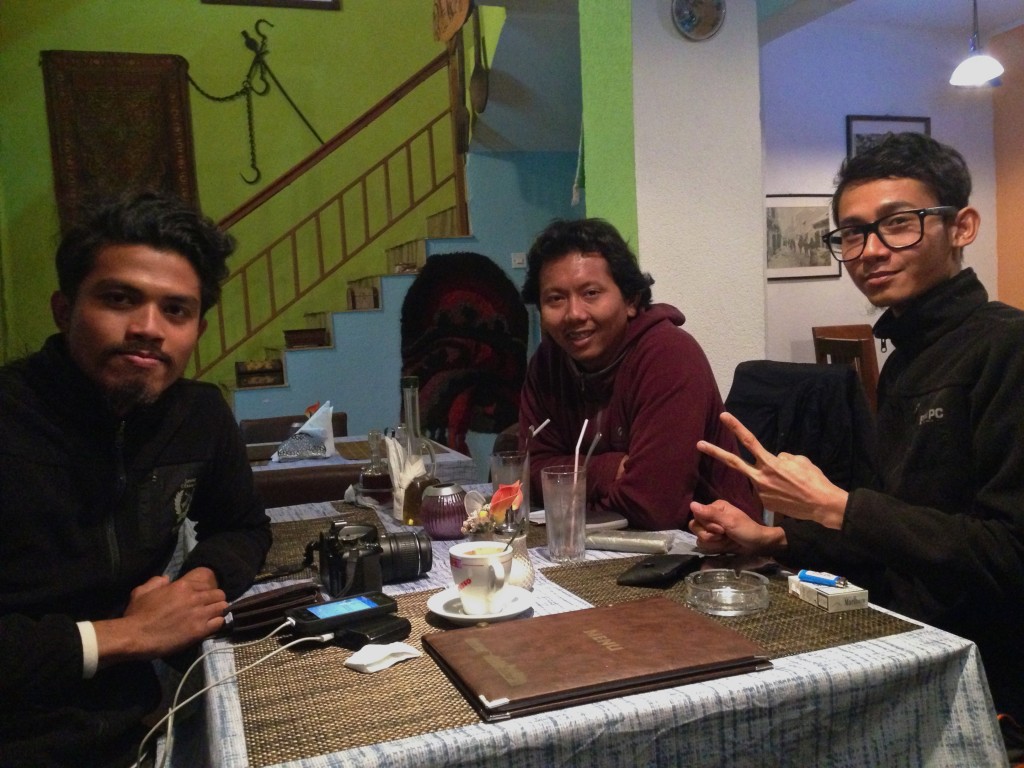 Sometimes it hits my mind that I am crazy for getting my self into this. Never once in my life have I cycled more then 5 kilometres in a day and I don’t even exercise regularly. While these boys have been cycling for years and have travel with bicycle several times before doing this feat.

Crazy as it is, I went back to Zagreb to look for a bicycle. Luckily they have a friend there who showed them around, Davor, while they were passing through Zagreb last time. I met him and he brought me to Peloton Bicycle Shop and started to build a bike.

It took me around four days to finalised all the parts. There are some parts that I replace and go for cheaper option and there are some that I did not buy at all as I could just borrow from Adib and Han. A trip to Decathlon is necessary as I need to look for a tent and sleeping bag.

As soon as the bike is ready, I did a test run with all the equipment but minus the luggage. I went up the hill behind Zagreb City and went down again to the bicycle shop. Zagreb is a wonderful city to cycle as they have bicycle lane and drivers giving way to cyclist. The city is along the foot hill so you can choose between flat road and uphill. I did not went all the way up because of time but it’s already beautiful.

I’d like to think that the hill has a curse of stealing our stuff because I lost my ear pod during the test run. After meeting with Adeeb and Han, they told me that they lost a water bottle there too. Looks like it will be a good place for treasure hunting.

I was thinking of cycling solo from Zadar to Split for another test run. Should I have any issue with the bicycle, I could get help from the bicycle shop’s branch in Split. After discussion with Adib and Han, I decided to head straight to them instead. On November 28, I bought a bus ticket to Kotor, Montenegro where I will meet them and cycle from there on.

Journey to Homeland to me is to inspire people in the world (especially Malaysian) to start traveling. The journey has allow me to dream challenging goal, explore places I never heard of and discover culture diversity in the world. That’s how it started for me to join this crazy project. I hope this project will inspire more people, especially  Malaysian not only to travel but to challenge themselves to do greater things.

Do show us your love and support by liking our page on the right sidebar and follow Adeeb and Azrulhan for their posting on the journey.

One thought on “Journey to Homeland”